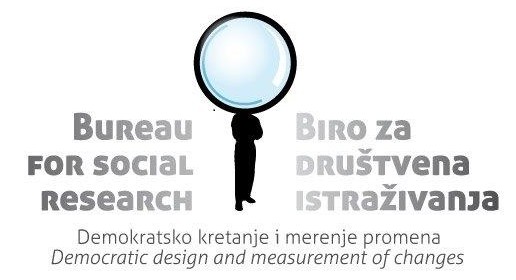 Goal of this monitoring was to provide systematic analysis of the reporting on three major actors of international politics.

Media monitoring was followed by public opinion poll on citizens’ perception of media reporting on USA, EU and Russia. Public opinion poll was conducted in two rounds, the first between April 22 to 25th 2019 and June 2nd to 5th 2019, on representative sample of 1006 respondents from Serbia without Kosovo interviewed by the phone.

The target population of the public opinion poll were citizens age 18+.

Publication “World in the Media” is available in Serbian and English language.